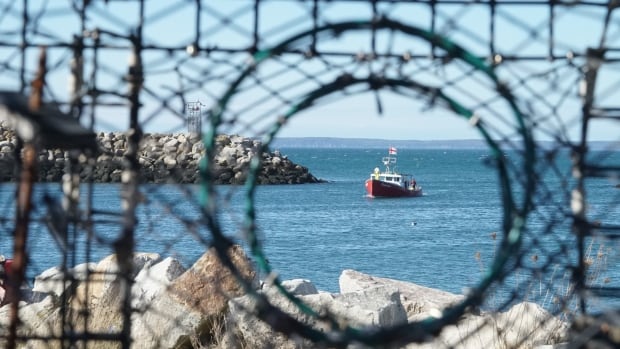 The group said the Kespukwitk District Netukulimk livelihood fishing plan will begin on Thursday, although not all communities will launch it at that time.

â€œFor Kespukwitk District, it was important that we develop a collective approach to subsistence fisheries for conservation and stewardship reasons,â€ Chief Gerald Toney of the Annapolis Valley First Nation said in the release.

Mi’kmaw chiefs said they are following the path set by the Potlotek First Nation to fish and cooperate with the Department of Fisheries and Oceans.

No fear of seizure of material

â€œIt is important for Mi’kmaq fishermen to be able to exercise their rights without fear of their gear and gear being seized. That’s why we’ve been open and transparent, sharing our plan with DFO from the start, â€said Chief Sidney Peters of Glooscap. First Nation.

The group will manage 3,500 lobster traps.

The federal government also sent out a press release indicating that DFO continues to work with First Nations in the Maritimes and the GaspÃ© region of Quebec to implement treaty rights to moderate livelihood while ensuring a sustainable fishing for all.

DFO said Bear River and Annapolis Valley First Nations people will fish during regular seasons in lobster fishing areas 33, 34 and 35. LFA 35 will open on Thursday and the other two on November 29.

The deal allows the bands to sell the lobster.

The bands will choose members of the community who will work in the fishery. DFO described it as an interim measure.

70 traps per harvester, according to DFO

Bernadette Jordan is the Minister of DFO. She lost her seat in the federal election and will be replaced in DFO when Parliament sits on Monday.

She said the 3,500 traps are not new, but come from licenses that DFO has purchased in recent years for this purpose.

“It’s 70 traps per angler, so it’s a lot less than a commercial license, but it still allows First Nations to have their moderate subsistence fishery,” she told CBC News.

Jordan was asked why the federal government was able to enter into an interim agreement with some First Nations in Nova Scotia, but not with the Sipekne’katik First Nation. It has operated a moderate subsistence fishery since 2020, but outside of the seasons regulated by DFO.

â€œWe are always open to discussions and negotiations with Sipekne’katik. Chef Sack is welcome to the table at all times. We will continue to work with those who want to continue working with us, â€she said.

“We believe this is an important step in the right direction and are cautiously optimistic that this model will have wider application, but there is still work to be done,” said Colin Sproul, chairman of the group on Wednesday. , in a press release.

â€œWe are pleased that this agreement allows us to move forward, side by side, with the indigenous fishermen of Kespukwitk.

Sproul said it was essential that the fishery fall under DFO regulatory authority, follow existing seasons and not increase fishing pressure in any lobster fishing area.