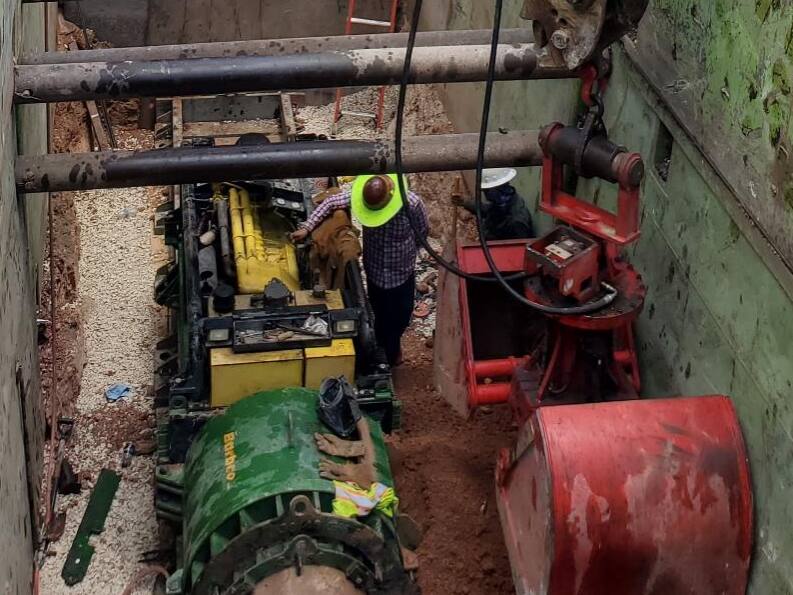 The acquisition of a Texas-based manufacturer and increased regulatory scrutiny of construction site injuries are contributing to the latest phase of rapid growth for Santa Rosa-based Pacific Shoring Products.

The company manufactures systems that contractors use to protect workers from crushing or burying soil during trenching and excavation projects. In mid-July, the US Department of Labor’s Occupational Safety and Health Administration, or OSHA, said it would conduct more than 1,000 trench inspections across the country this year due to 22 workers who were killed in the first half of this year, until from the 15th for the whole year 2021.

“Rather than being conservative during the COVID year, we’ve been aggressive,” said Bruce Russell, CEO.

Aluminum has the advantage of being lighter, allowing small loaders or excavators to move them. But aluminum isn’t as strong as steel at holding soil and rock in an excavation, Russell said. Depending on the soil composition at a site, aluminum shoring is generally intended for project depths of around 25 feet and for jobs where the metal plates and supports are not in the ground for as long.

The acquisition of Xterra boosted the company’s revenue by a third, ending last year “in the eight figures” ($30 million to $70 million), Russell said. Currently, the company’s sales are up 20% from 2021.

With the acquisition of Xterra, the workforce grew to 109, including 43 in Santa Rosa, compared to 28 locally in 2020.

The Texas plant and the addition of $500,000 in robotics to the Santa Rosa plant this year have helped Pacific Shoring better achieve the company’s differentiation goal of same-day shipping of products to companies North American construction leasing companies which are the main customers.

“With difficulties finding staff, it makes more and more sense,” Russell said of the new automation.

Pitts retired in December 2019 with the acquisition by Salt Creek Capital, where Russell is an executive partner, and Detroit’s Huron Capital. In February 2020, Pacific Shoring opened an East Coast distribution facility in Memphis, TN to achieve the goal of shipping orders faster.

Jeff Quackenbush covers wine, construction and real estate. Before joining the Business Journal in 1999, he wrote for Bay City News Service in San Francisco. Contact him at [email protected] or 707-521-4256.