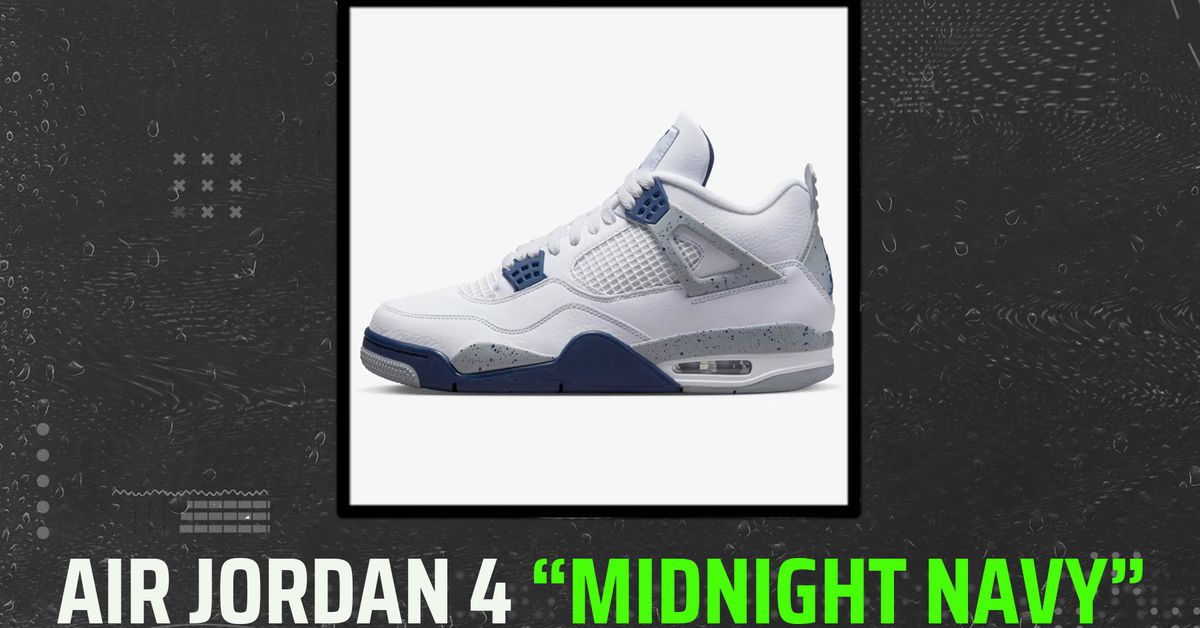 Jordan Brand is back with another throwback of the Air Jordan 4, and it calls back to one of the model’s most famous colorways.

Like I have writing about before, the Air Jordan 4 was the second Air Jordan model designed by the GOAT, Tinker Hatfield. MJ wore the shoes during the 1988-89 season, including for his winning move on Cleveland’s Craig Ehlo in the first round of the 1989 playoffs. The shoes also entered the pop culture lexicon in a appearance in Spike Lee’s “Do The Right Thing”, with Lee also appearing with Jordan in Nike commercials as Mars Blackmon.

Saturday’s release draws from the Olympics »white cement” colors. It features a similar White leather upper, with White mesh and Cement Gray speckled hits on the midsole, wings, and heel tab. The main difference here is that where the OG colorway had hits of black, this model features a midnight navy, what Jordan Brand calls a “fall update.” It also features the Jumpman on the heel tab rather than the OG Nike Air branding as seen on most retro non-OG colorways these days.

The shoe will release in full family sizes on SNKRS with prices ranging from $210 for men to $70 for toddlers.

Good luck to anyone looking to pick up a pair!

To see more of this month’s new arrivals, check out our release date calendar.