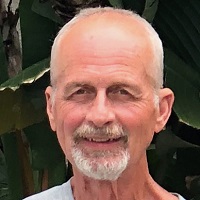 Carl Walter Sobek, 72, of Hermitage, Pennsylvania, passed away peacefully at his home on September 25, 2022. Carl was born on December 24, 1949, the only child of Carl Paul and Irene Belczyk. He was a Catholic by faith. He graduated from Belle Vernon High School and later attended the University of Pittsburgh and graduated from the University of California, Pennsylvania. During his college years, he worked at Allenport Steel Mill and was proud that he was able to enroll in college. He then began what would begin a very long and successful career in retail management at the Hills Department Store, a true Pittsburgh favorite. He continued this journey until his retirement from CVS Pharmacy in 2014 as an executive leader. He has received countless awards and accolades for his performance along the way. Although he enjoyed many traditional retirement activities, he enjoyed keeping busy and started driving cars for Taylor/Diehl Automotive. He enjoyed the travels of this job, but more so the camaraderie of the people he met and the clients he served. Everyone who knew Carl knew he had the best wit and sense of humor. He was a walking encyclopedia and knew more about music, nature, history, and every subject imaginable. It was a running joke with his family that they would text him rather than Google if they had a question. He loved music so much, especially classic rock. He was excited to add things to his Spotify playlist and share it with his daughters. He was proud of his Polish heritage and enjoyed cooking Polish dishes for his family…and they loved it when he cooked for them. He was an avid apple and berry picker and loved having his wife bake pies with his finds. He was a die-hard Pittsburgh Pirates fan, and though it was sometimes a bumpy road, he followed them. He loved the ocean and especially the beaches of Florida. He planned countless trips there so he could enjoy his favorite place with his favorite people, his family. In recent years, he has fulfilled his lifelong dream of traveling across the state of Florida to witness the winter migration of manatees with his daughter Jordan. He even adopted a manatee named Gator. He spent many weekends at his Erie cabin with his family and friends. He loved being the full-time caretaker of these properties and savoring every minute of it. Above all, Carl loved his wife, daughters and two grandsons more than anything. He lived for them and lived to care for them and provide for them. He loved his dogs unconditionally and never met an animal he didn’t fall in love with. Family was the most important thing to him, and not a day went by that he didn’t call or text his kids for a hello, a recipe, or a check-in. His family will remember him for more than they can put on paper. , but most of all, they will remember him for his gentle and kind soul and for being the best husband, father, dad and friend. We already miss every minute of every day and will forever miss him. Carl is survived by his beloved wife of 47 years, Darla; three daughters, Jordan, Chelsea and husband Anthony Pappaterra and Alexandra, all of Pittsburgh; his two adored grandsons, Judd Carl and James Anthony; and his best friends, Purl, Lenny, Lorne, Willie and Teensula. He was predeceased by his parents, Carl and Irene. Friends will be received from 4-8 p.m. Thursday, September 29, 2022 at ELEY/MCCRORY FUNERAL HOME INC., 334 Main St., Fayette City, www.eleymccroryfuneralhome.com. A memorial service will be held Thursday at 8 p.m. at the funeral home with Father Michael Crookston officiating. In lieu of flowers, contributions may be made to St. Jude’s Children’s Research.