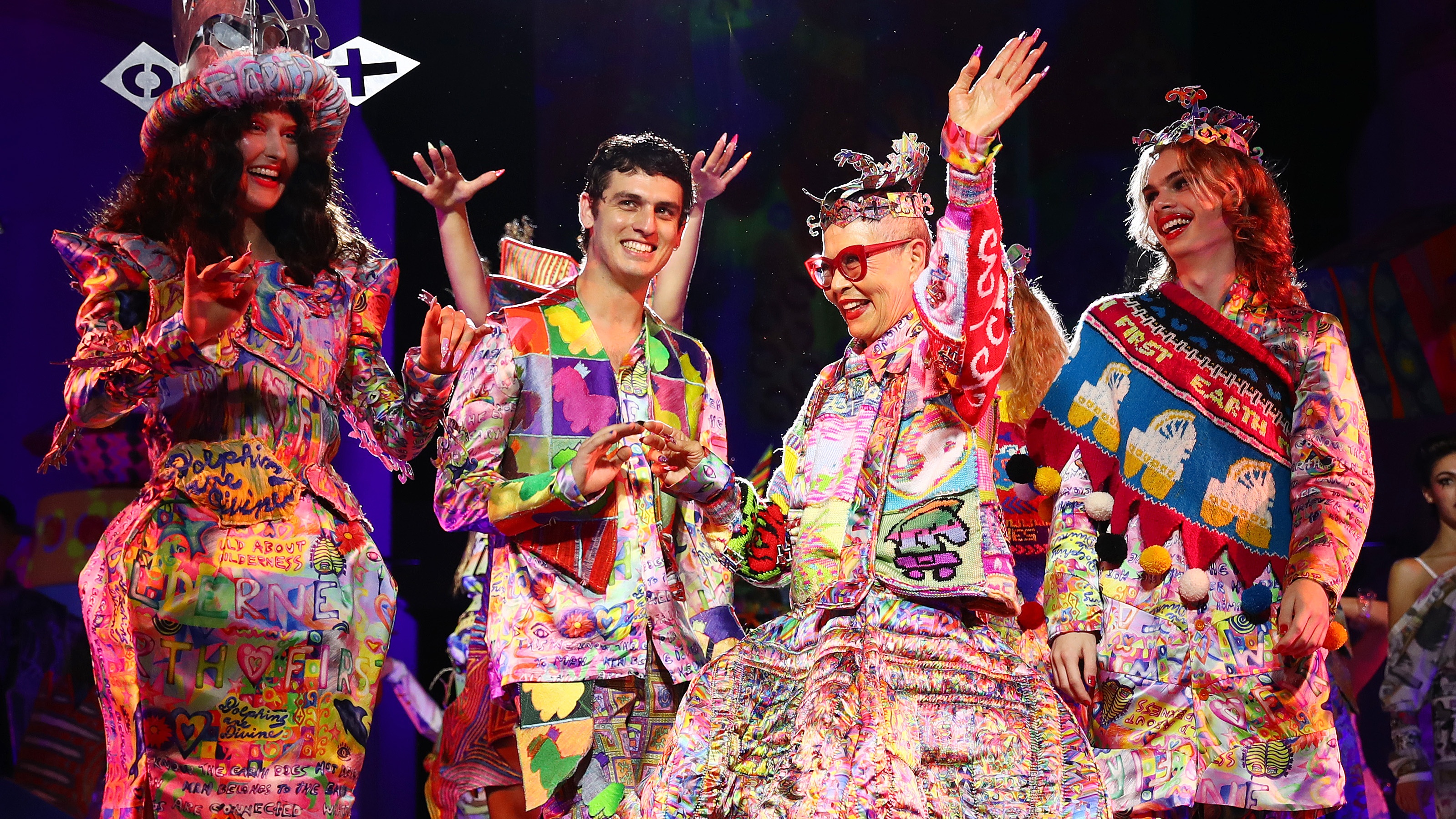 When I interviewed Jordan Gogos last year ahead of his Fashion Week debut, his energy was infectious. He was like a kid in a candy store to start his fashion career in the halls of Australia’s premier fashion event. Resplendent with colorful, glued-on pieces of his own creation, he even seemed a little bewildered to be there. Today, a year later, with his label Iordanes Spyridon Gogos, he presents his second show. An electrifying artistic rave-parade in collaboration with the Powerhouse Museum in Sydney.

Besides the endearing humility of Gogos, it was his focus on collaboration that really struck me. His method of removing the idea of ​​a single visionary and sharing the process and spotlight with a host of complementary creators was refreshing and exciting. Gogos creates its seasons alongside numerous design partners. This year they were offered a ‘castle’ theme and from there they worked to create a wild but cohesive show. It’s a crossover of creativity that we see very little of in the industry and, in fact, this art and fashion installation runway was the very first Powerhouse Fashion Week show in 142 years of running. story.

The caliber of the 60-member roster included industry legend and spirit of bright colors, Jenny Kee who walked in her own design as well as Sydney’s uber label Albus Lumen and Aboriginal center Pormpuraaw Art.

The show itself, in its psychedelic grandeur, broke the rules. A slash show slash party, this Gogos x Powerhouse experience took no pleasure in exclusivity and instead promoted it publicly ahead of the event. Maybe that feeling of love is part of why the label itself is so jovial and why you want to wish them well. The other reason is that Gogos’ card art is totally liberating. His vision of this super storm in rainbow patchwork, his Surprising Deconstructed Technicolor dream coat, its fantastic castle – tells a relatable story of power and presence. Using a Trojan Horse as a metaphor, he carried out the theme through graffiti-scribbled mega-marbles that ranged from little handkerchief dresses to cosplay tulip skirts as well as clownish pom-pom shrugs, party hats harlequin, uneven vests, metallic cowboy pants, and chewy equine mega-accessories.

The synchronicity between the Powerhouse Museum and Gogos is a dream. Having Gogos as your designer-in-residence not only benefits both parties, but offers encouragement to all those design students who are working to have their wearable art realized on the world stage. Although Gogos’ collections are still referred to as “wearables” and not commercial fashion, this year’s outstanding reception should prove that when and if he produces ready-to-wear, so many of us are in his corner. And what a fabulous and fun place it is.