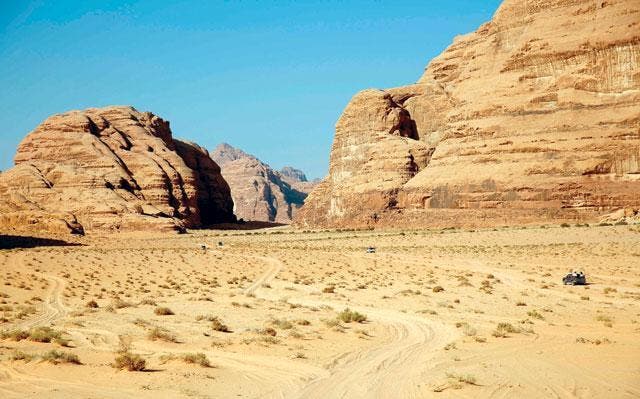 Jordan prepares to prospect for gold

Energy and Mineral Resources Minister Saleh Kharabsheh said on Sunday that the ministry would sign a memorandum of understanding with a company to search for gold in Wadi Abu Khushaiba and Jabal Mubarak in southern Jordan.

Kharabsheh noted that the existing quantities of gold are not known, but will be determined after exploration operations.

At a press conference at the ministry in Amman on Sunday, Kharabsheh noted that the ministry will sign a number of memoranda of understanding with local and international companies to search for gold, copper and other rare minerals, such as lithium.

“The ministry plans to focus more on Jordan’s natural mineral resources, and every possible effort should be made to harness the Kingdom’s mineral wealth, as this will help improve the national economy,” Kharabsheh said.

He noted that there are indications of the presence of large quantities of potash in the Dead Sea area at “Al Lisan”, which is outside the concession area of â€‹â€‹the Arab Potash Company.

“We are currently studying the appropriate way to profit from potash, as it is an important strategic stock,” Kharabsheh added.

“They will not be marketed as raw materials, but we will work to manufacture them as inputs in manufacturing for the benefit of the national economy,” he added.

Kharabsheh said the ministry will authorize copper exploration in the Dana reserve, taking into account the “environmental situation”.

He noted that the two companies have submitted bids for prospecting for copper in Dana, and that they will soon sign the three MoUs with different companies to explore for copper in various regions of the Kingdom in Wadi Malaga, Wadi Finan, Wadi Abu Khushaiba and others.

“Exploration work will continue in all parts of the Kingdom to detect promising areas containing minerals and elements in commercial quantities to benefit, which takes time, but our executives are conducting exploration operations on an ongoing basis. “, added Kharabsheh.

This article has been adapted from its original source.

Michael Jordan once sent reporter to hospital: “I’m worried about you getting angry and dying”