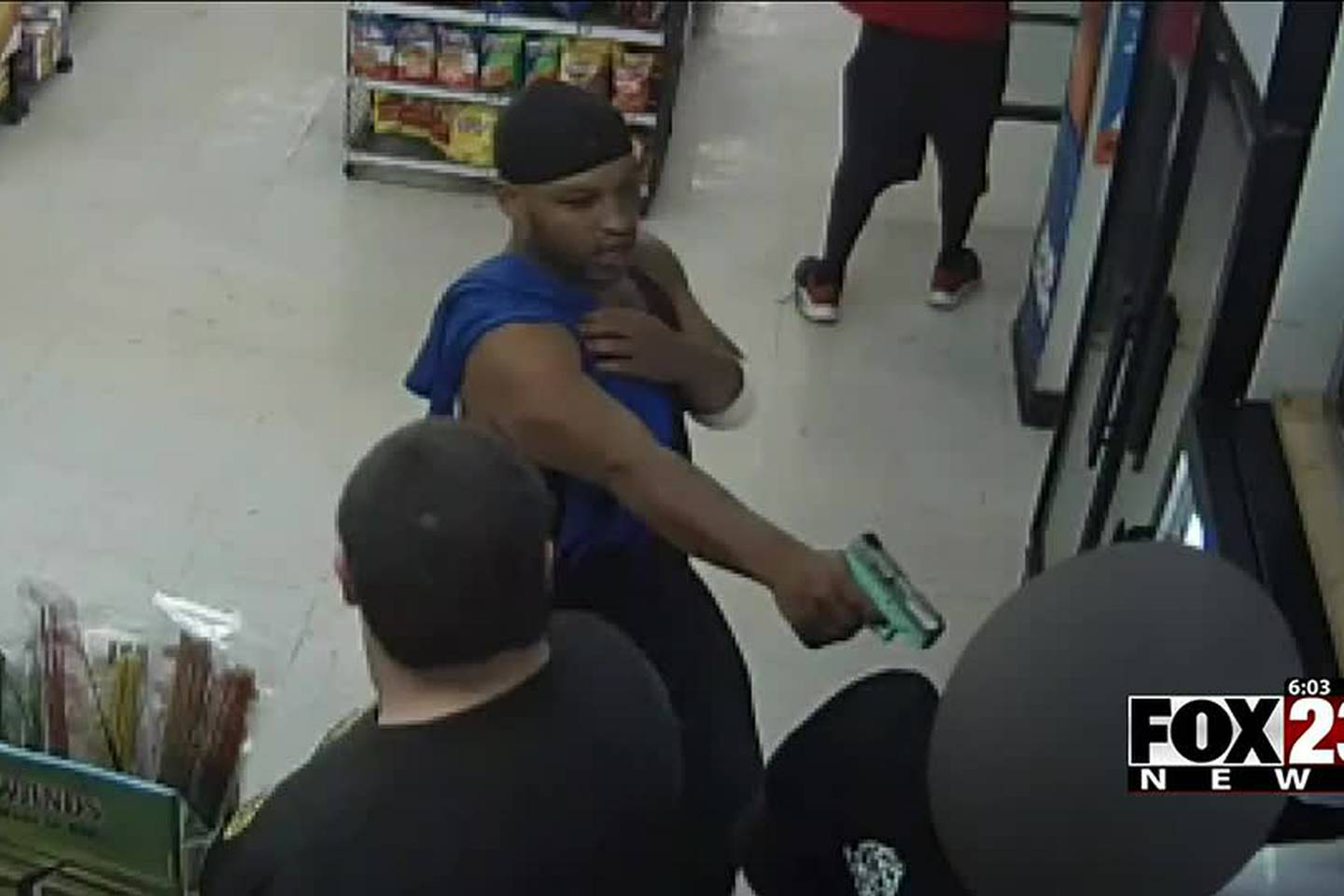 TULSA, Oklahoma (KOKI) – Tulsa Police said they identified and arrested a man accused of robbing another man and pistol-whipping him at a local convenience store.

FOX23 told you on the flight at the Riz’s convenience store at 47th and Braden (near 51st and Yale) which happened on September 5th.

Lt. Justin Ritter says Jordan took a bus out of town to California.

On the bus, Lt. Ritter said, Jordan â€œbraggedâ€ about shooting someone in Tulsa at another passenger.

He then allegedly showed he had a gun and said that “if the bus was stopped by the police, it would shoot people on the bus,” Lt. Ritter said. “This alerted the citizens where they were afraid enough to call the police, that Amarillo was waiting for him when he got off the bus.”

Lt. Ritter says that after the arrest Amarillo police contacted Tulsa police due to the suspect’s alleged shooting of Tulsa.

As Tulsa Police investigated the complaint, they learned that Jordan was also the thief at their convenience store.

Lt. Ritter says they never found any evidence Jordan was linked to ongoing shootings in our area; however, court records show that Jordan was tried for a murder in Tulsa in 2017 where the jury acquitted him.

â€œBasically, from what I understand, there was a problem with a witness regarding the testimony,â€ Lt. Ritter said.

Lt. Ritter says Jordan will remain in Randall County Jail in Texas. for the moment. He will face legal action there for the alleged threats on the bus, and then be extradited to Tulsa to face his charges of theft here.

Police said the gun he was accused of threatening bus passengers with was of the same model and caliber as the pistol that was taken from the robbery victim on September 5.