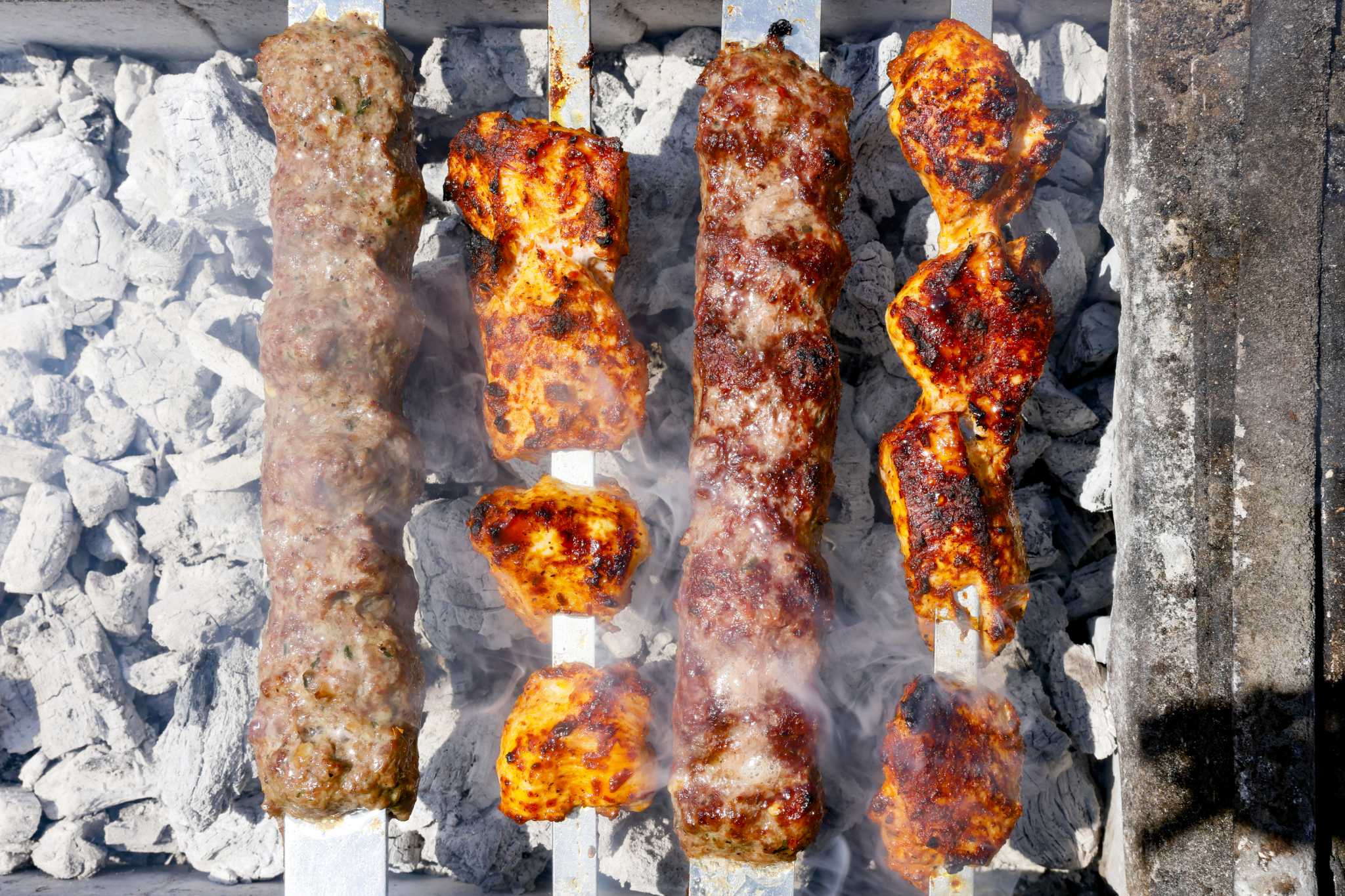 Mazra, a 2-year-old Mediterranean restaurant in San Bruno known for its charcoal-grilled skewers and crispy falafels, has been so successful that its owners are opening a second restaurant.

Owners and brothers Saif and Jordan Makableh will open the second Mazra at 2021 Broadway St. in downtown Redwood City early next year. They plan to temporarily close the original Mazra on San Bruno Avenue at the same time so they can remodel it to meet the high demand they’ve been experiencing, especially since they landed on the National 100 list. Yelp’s top restaurants last year. (San Francisco Chronicle restaurant critic Soleil Ho also named Mazra one of the top 25 restaurants in the Bay Area.)

The new Redwood City restaurant will serve the same dishes that have a loyal following of the original: juicy meat and seafood skewers cooked over charcoal, falafels slid into fresh pita and dips like creamy tzatziki with homemade labneh.

It will also offer an exciting new offer on weekends: Turkish breakfast. Massive spreads of more than 20 dishes will include fresh breads, dips, mezes and eggs cooked in samneh or ghee. Levantine breads will come out of a wood-fired oven, including Jerusalem bagels (a thin, oval-shaped bagel sprinkled with sesame seeds), lavash and chewy manaeesh. The charcoal grill will also leave its mark on breakfast, as with the shakshuka made with charred and smoked tomatoes. Saif Makableh sees charcoal as an essential ingredient: “It’s a defining flavor,” he said.

He hopes to capitalize on the vitality of Broadway Street, which has been closed to traffic since the pandemic to allow for more outdoor dining. Seating in restaurants and bars now spills out onto the street, which is often crowded at weekends and in the evenings. The restaurant will have plenty of outdoor seating and will remain open until midnight on weekends.

Meanwhile, at San Bruno, the owners will expand the outdoor kitchen and dining areas. They hope to increase the restaurant’s limited parking space, Saif Makableh said, as parking issues are a common complaint on Yelp. The refreshed San Bruno restaurant will reopen next summer.

The Makablehs opened Mazra just after shelter-in-place orders arrived from the Bay Area in April 2020. They converted what was their father’s longtime store, Green Valley Market, into a restaurant at take away only. Saif Makableh cut his teeth working in restaurants in Australia while Jordan, his younger brother, helps with operations and social media. Mazra’s Instagram is full of humorous reels and attention-grabbing food posts, and the restaurant has drawn prominent TikTok posters. The bustling dining room is filled with neon signs, greenery, and artwork.

Saif Makableh said business poured in after Mazra was named No. 2 on Yelp’s Top 100 list last spring, and the demand never waned.

“When we first opened Mazra, we designed it with little thought that it was going to be happily as busy as it is,” he said. “Hopefully some of the crowds we can move to Redwood City to ease the pressure here at San Bruno.”

Elena Kadvany (her) is a staff writer for the San Francisco Chronicle. Email: [email protected]: @ekadvany